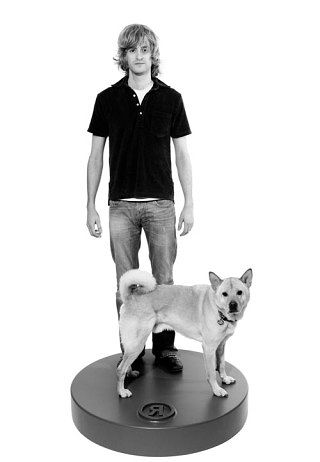 Rob has been a professional writer since ’95, and joined Rethink in ’99. During that time he’s worked on a wide range of clients: A&P/Dominion, Dose, Bell, Playland, Solo Mobile, Sirius Satellite Radio, Mr. Lube, Science World and many more.

His work has been internationally awarded by Communication Arts, Archive, the Clios, Cannes, London International, D&AD and The One Show. As a creative judge, Rob has participated in the ADDYs, Applied Arts, the Marketing Awards and the Clios print jury.

He’s been a group creative director since 2006 and was named Canada’s top writer by Strategy magazine in the same year. He was no. 3 in 2008 and now he’s somewhere in the top 20 but hey who really cares about these sorta things, right? Right?