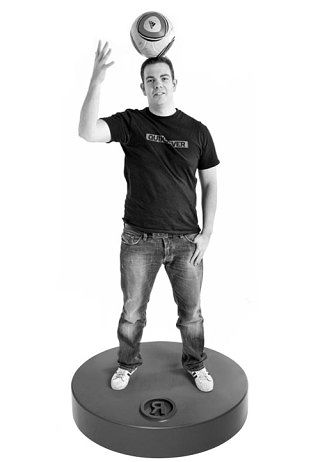 Alex is a graduate of Southampton Solent University in Southampton, England UK and holds a BA (Hons) in Multimedia Design.

Upon graduation Alex headed straight to London and worked at TangoZebra, followed by Google and then Kodu, all three innovative and leading digital design businesses in the heart of the English capital. While there, he has been fortunate to have worked for clients such as Nike, Gillette, and Microsoft just to name a few.

Holding dual nationality allowed Alex in 2009 to expand his horizons to Toronto where he initially worked at Lowe Roche. Alex is now pleased to be a part of Rethink in their Toronto office where he can let loose his imagination, fine-tune his design ideas and enjoy a Muskoka beer on a friday afternoon.

In his spare time, he likes to play football (that’s soccer to Canadians), go snowboarding, geek out with new tech gadgets and generally chill out with his friends.