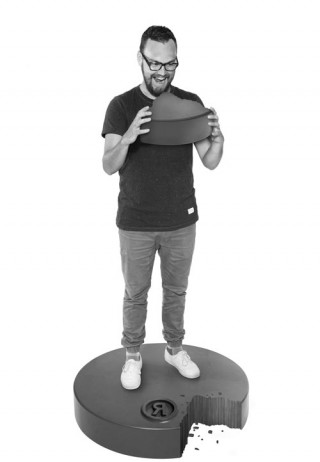 The whole creative thing came to Alex a bit later than most. Thinking it might be the next big thing, he first pursued a bachelor’s degree in philosophy.

After working on the PR side of the communication business, and some time spent roaming the globe, he realized his interest in aesthetics could no longer be ignored.

He studied design at the Pratt Institute in New York, and rounded things out at Capilano University’s IDEA Program. His work has since received a tip of the cap from Applied Arts, RGD, ADCC and the Lotus Awards.

He enjoys clean lines, most things sans serif, and the occasional frivolous use of the em dash.