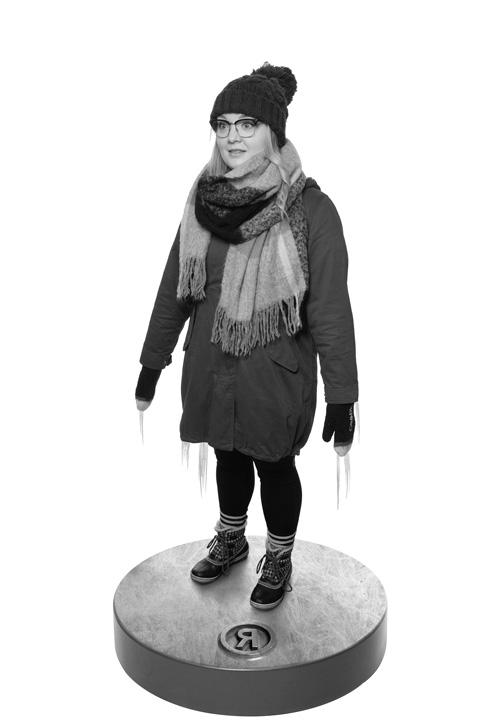 Being born in Winnipeg and raised in Calgary left Abrie with a colder than normal body temperature. She hopes to thaw out now that she’s in the tropical land of Vancouver.

She received her Bachelor of Design in Advertising from the Alberta University of the Arts (formerly ACAD), and then walked straight off the graduation stage and through the doors of Rethink as an intern. Then, she spent time as Graphic Designer at Whole Foods Market, writing copious amounts of hand-lettered chalkboards, before returning to Rethink as an Art Director, with chalk-stained clothing and a severe hummus addiction.

Outside of work, Abrie enjoys drinking coffee, petting any dog that will let her and going to concerts. She’ll know that her life has peaked when she’s done all three of these things at once.